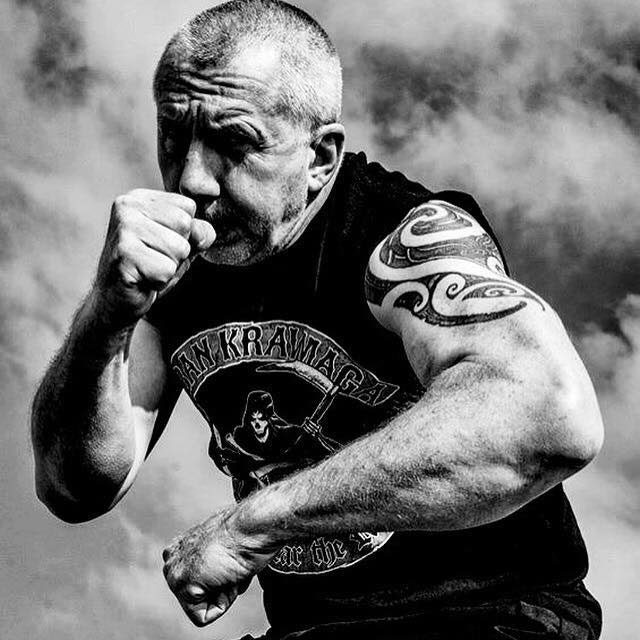 I was earmarked by my Goju Ryu instructor to take over the running of the club; he had been trained by Yamaguchi Hanshi who was trained by the famous Miyagi, founder of the style and one of the most revered figures in the history of the Okinawan/Japanese martial arts. Consequently, I’m proud of my lineage in this style; however, having trained for many years in this and other combat systems, I’d found nothing in which I truly believed until we put together Urban Krav Maga.

This is why I teach: people need no-frills, effective self–defence techniques that can be learned quickly, are clearly applicable to real situations and that don’t require levels of strength, fitness and flexibility to which only professional sports people can aspire.

I recently did a one-day seminar for a group of Street Crime Wardens in Camden Town, see this quote from the ex-paratrooper that manages them:

“Stewart created a training programme specifically for my team, covering a multitude of techniques and scenarios from empty hand attacks through to short barrelled weapon and knife defences. The techniques were easily retained by the team, the majority of whom had never studied anything like Krav Maga, and it is testimony to both the system and Stewart’s excellent instructional technique that all the team were able to retain and employ what was taught.”

Although I take the business of self-defence very seriously, I think it’s vitally important that classes are enjoyable and that students look forward to going to them rather than see them as a chore. This way they keep on coming back to learn stuff. I’ve been to too many grindingly dour, humourless classes in the past by people that thought they were in somebody’s army and don’t want to put my people through the same.

Urban Krav Maga is comprehensive; regularly tested/upgraded by me and my Co-Chief Instructor Leo Negao, 4-time World champion in Brazilian Ju Jitsu; and it works for all.